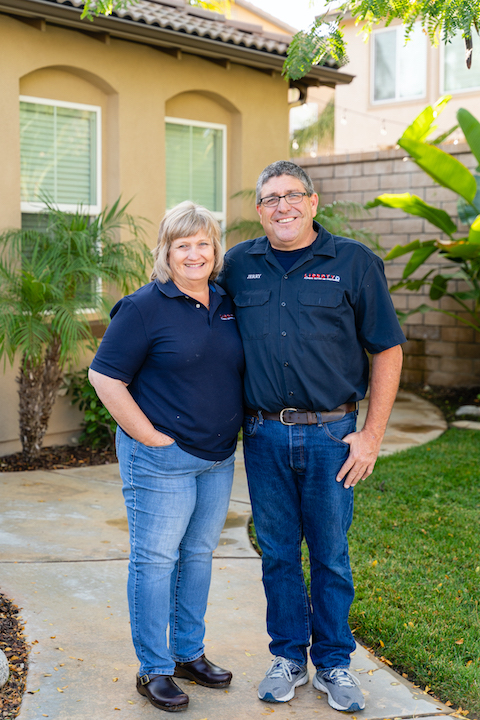 Liberty Plumbing Heating and Air Conditioning Inc., who strive to provide their customers and neighbors with the highest quality plumbing, heating, and air conditioning services have a work experience of more than 25 years and they continue to work efficiently and effectively with homeowners, general contractors, real estate companies, insurance companies, business owners, etc.

A business that was founded in 2005 by just two people Jerry and Kristin, with a mission to provide the highest quality of services to the customers, has now become a successful business. Kristin and Jerry started their first steps towards taking Liberty to a greater front by covering a large area of San Diego County Riverside County, an area in Southern California of South Orange County.

Liberty Plumbing Heating and Air Conditioning after being for a long time in the industry have been recognized for their quality service and moreover have gained the trust of hundreds of people. They use to follow the method of paper invoicing for a long time and when they began, they were able to provide quality service but with time their company grew as the daily jobs kept on increasing and in order to keep up with that their crew size became 5 times of what it was initially, that is 10 members. Now the problem of using paper invoices became quite evident to them.

According to Kristin, they always did paper invoices until they came to know about SmartServ. She used to make invoices and put them in Quickbooks due to its ability to be used from anywhere and could work even if they were traveling.

This method of making the invoices and inputting them in QuickBooks took a lot of time for Kristin and she was already struggling with the amount of work she had. The company also realized the fact that their industry is moving towards the digital format and that they need to keep up with that. This fact is in direct correlation with the statement that “Change is the new constant” which any industry expert needs to keep in their mind for the growth of their business.

She added, that some of the employees were really supportive of the idea of using online Invoicing. But unfortunately, most of the software out there were either too expensive for them or did not offer the facilities they wanted. But then, when they received a call from SmartServ. They finally found what they were looking out for. SmartServ became that piece in their puzzle of finding a way out of the paper invoicing problem with all the constraints into the new digital format.

Converting from paper-based invoice generation to SmartServ helped them to generate invoices quickly and hence deliver to their customers more efficiently, cutting down the time it took for them to literally taking the data and inputting it into the system and hence reducing the overhead cost and it was also requested by her employee that we go paperless.

Kristin stated that the efficient customer service provided by SmartServ outshone any of the negative points as they were quick to resolve any issue which they had.

After almost a year with Smartserv Kristin added that,

“So we have been very happy with SmartServ, we know that you’re a new company and are trying to find your way and so that’s a positive for us. That we’re helping you and you’re helping us and we’re pretty much-getting everything we need from SmartServ.” 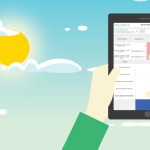 Bulletproof Team Structure For Winning Teams In The HVAC Industry

Just like how being proactive with all of the home services, finding the perfect HVAC...

Quickbooks Online vs Quickbooks Desktop: Which One Is Better

Quickbooks online vs Quickbooks desktop: which one is better? When the question of...

Recent Posts
Categories
Save Your Seat!