Bruce Davis Sr was the owner of the business Day & Nite Plumbing and Heating Inc which started out in 198. Bruce Davis Jr joined in 1993 as an apprentice where he was trying to learn more about the trade. He has been through the 9/11 economic slowdown on the sidelines. When the 2008 economic recession struck he was in the manager position. It was quite an ordeal and they have been through it. They have doubled their company size since then and now they are again in the midst of an economic recession. Presently Day & Nite Plumbing and Heating Inc do 40% commercial and 60% residential. The commercial part is done on time and material basis and residential is done on a flat rate basis.

In 2008 the recovery of the home service business was unpredictable. Business owners could not definitely say when things would get back to normal. Moreover, the business getting back to normal was slow.

The jobs happening in 2008 were more on the commercial as compared to residential as they had to keep it operating. The downside to it was that the margins had reduced. The techs were not happy working. But they had to do it as it was better to be out there on the location and working rather than staying back at home. The margins might be low but the business needs to keep going.

Whereas in the 2020 recession the situation is quite predictable as the home service business would get back to normal as soon as lockdown or shelter in place is over. The feeling is quite different right now, people have got the feeling that things are going to get better in a quick time.

The common denominators of 2008 and 2020 recession

Some of the challenges in running the business

In such situations, there are two factors that one majorly needs to focus on – 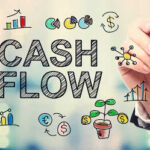 PrevGetting The Cashflow and Building a Pipeline During Covid19April 9, 2020
How Home Service Business Can Earn Good ReviewsJuly 6, 2020 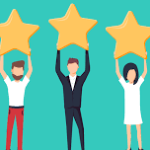 Bruce Davis Sr was the owner of the business Day & Nite Plumbing and Heating Inc...

Recent Posts
Categories
Save Your Seat!